In 1962, just prior to signing the Trading with the Enemy act, President Kennedy requested and received 1,200 Cuban Cohiba cigars: his signature rendered them contraband, as these cigars remain today, coveted symbols of status in a country just 90 miles from Havana’s shore. The maritime passageways between Cuba and the Florida Keys have for centuries enabled trade – both legal and illicit – smuggling, piracy, emigration, and escape. Even in the 21st-century era of pervasive surveillance, subversion and subterfuge persist in the intertwined geographies and politics of the island country and the nation that insists on Cuba’s commercial and political isolation. Duke Riley spent over four years planning and executing a flight of homing pigeons from Havana back to Key West, some carrying Cohiba cigars, others outfitted with tiny cameras, defying law enforcement and technology to illuminate the facts and fictions that continue to determine destinies on both sides of the Strait. 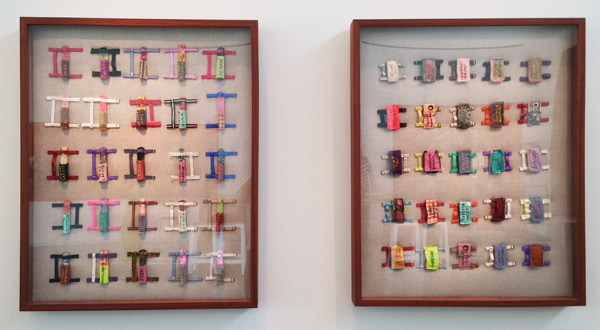 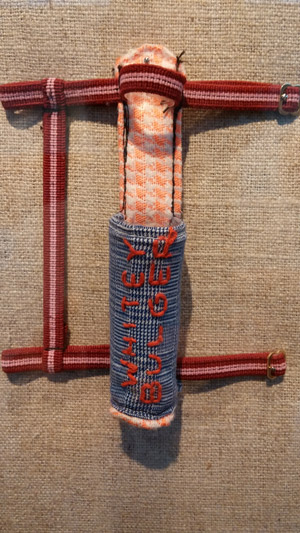 Riley’s contraband cigars and cameras were affixed to his flock of homing pigeons with harnesses fashioned from women’s lingerie, repurposed and embroidered with the names of smugglers and film directors who were either convicts of suspects. Ranging from the infamous (Pablo Escobar, Roman Polanski) to the less known (Lindsay Sandiford, Lars von Trier) to the metaphoric (To Have, To Have Not), these avian namesakes of both historical and contemporary heroes and scoundrels all escaped the law, though only half completed the journey home to Key West. Combining delicate craftsmanship within a context of historical reference and political critique, Riley creates a group portrait of his animal collaborators that memorializes their actions, as well as the lives of their human predecessors.