Tourist souvenir from 1920 gives early account of the island.

The city of Key West, population 23,000, a port at sea, southernmost and only no-frost city in U. S., situated on Island of Key West, the last of the Florida Keys. It lies about a hundred miles from the Florida mainland, ninety miles from Havana, and 1075 miles from the Atlantic entrance to the Panama Canal. Mean temperature 1871 to 1916 was 77° lowest monthly mean 77° in January, highest 84° in August. Owing to coral bottom and bright atmosphere the sea is wonderfully clear to the eye, and owing to wealth of salts remarkably buoyant-thus for boating, swimming and fishing excellent. The trade winds furnish an almost constant breeze that tempers the hottest of summer days.

The great Key West extension of the Florida East Coast Railway gives direct railroad connection with the eastern and central sections of the United States. Solid freight trains are carried by ferry from Key West to Havana and return. Thus Key West has become the receiving port for large shipments of fruit, Vegetables and tobacco from Central and South America, Cuba and Porto Rico. At the new concrete lined piers, forty steamships find room at one time.

It is planned to make Key West a secondary naval base. The Harbor is deep enough for the largest ship afloat, and wide enough to shelter the navies of the world.

The principal industry is the Key West cigar; next fishing, sponging, wrecking, shipping supplies, and fruit raising on the Keys. There is the greatest variety of fish in the U. S. waters, from tarpon and jew fish to sardine about Key West, where may be found 170 varieties, all of the West Indian Fauna, 40 of which are unknown in other U. S. waters. One-fifth less of varieties are found at Cedar Keys, where is the Carolina fauna. The flora embraces among fruit the cocoa and date palm, almond, sapodilla, mango, sugar, apple, lime, lemon, orange, Spanish lime, sour sop, alligator pear, pineapple, etc., and every variety of flowering tree and shrub, including Royal Poinciana, Jasmine, Poinsetta and Bergamont.

Below are the images that accompanied the above text (click on them for larger size): 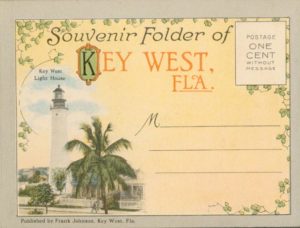 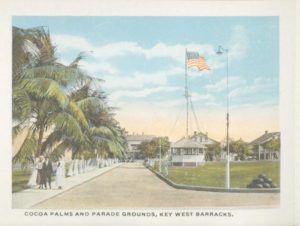 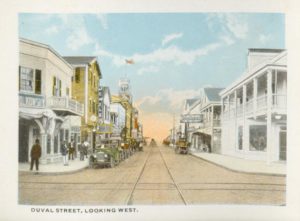 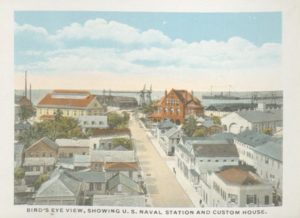 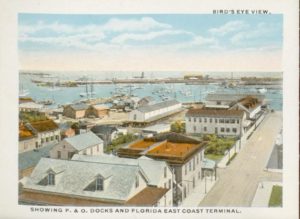 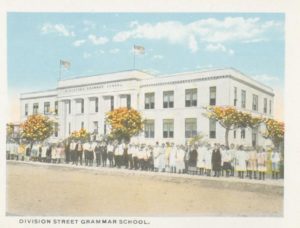 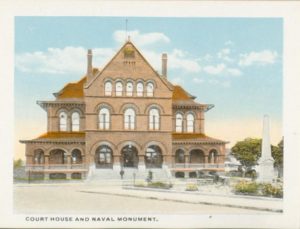 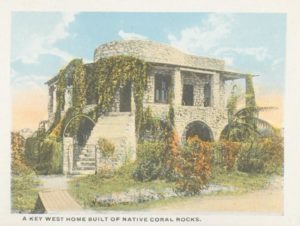 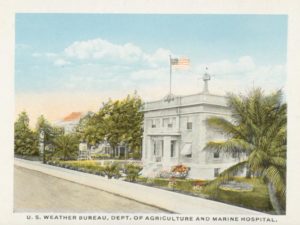 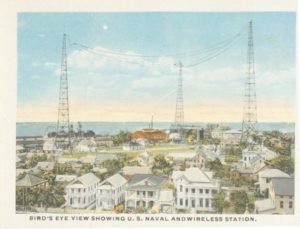 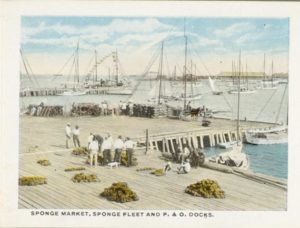 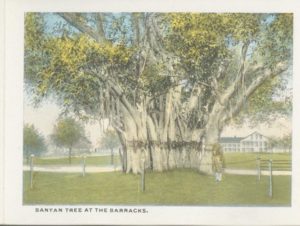 Banyan Tree at the Barracks 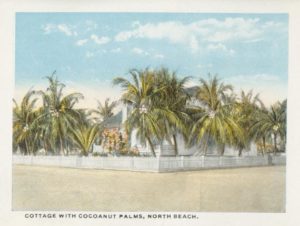 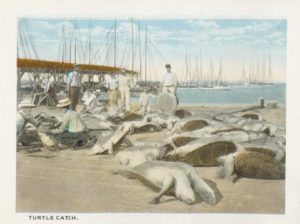 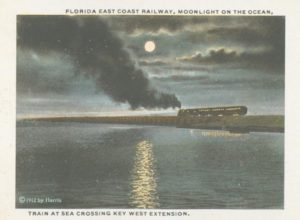 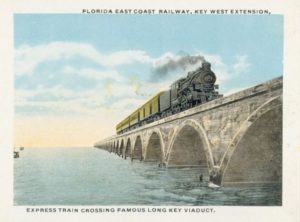 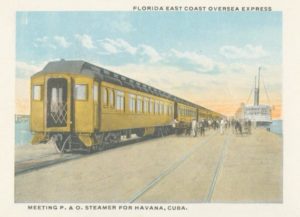 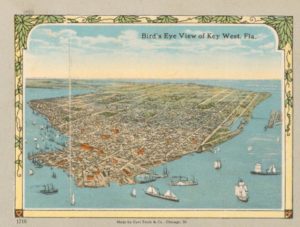