With its carnival facade and neon lights, the Strand Theater at 527 Duval Street is as colorful as Key West

Located on Duval Street in the historic quarter of Key West, the Strand Theater originally opened in the early 1920’s. Nearly a century later, the colorful building is as eye-catching as ever thanks to careful restoration and preservation. No longer a theater, today the Strand is home to (another) pharmacy and convenience store. 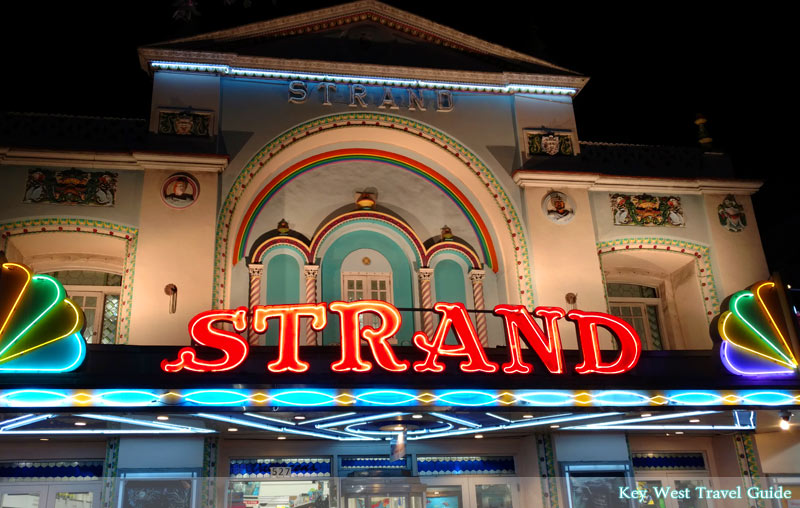